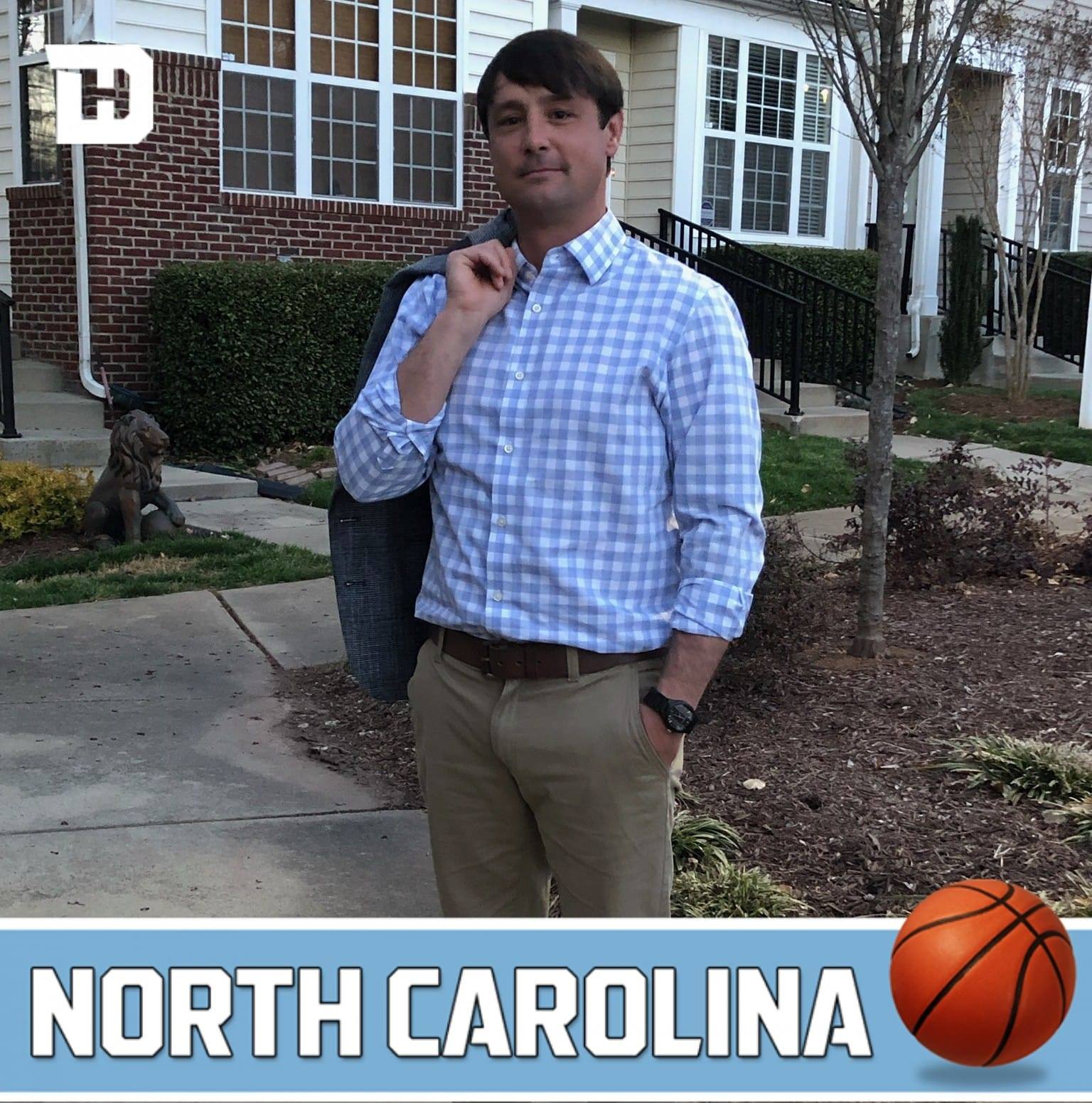 I am forty years old, and life is good… but it wasn’t always this way.  A few years ago, I was at the lowest point in my life.  Someone came along, gave me a chance, and helped my get to where I am today.  Here’s my story.

I was born in Lexington NC, but I grew up mostly in Salisbury, NC. I was very athletic growing up.  I still have a love for sports – especially my Carolina Tar Heels.  I am a diehard fan!

At the age of twenty, I realized that working indoors wasn’t for me. I wanted to be outdoors, in God’s country, working with my hands. I landed in lawn care and landscaping where I wasn’t in one place all day every day. There is always something new and different each day. I have been in this field for the past twenty years. While I had success in landscaping, in reality, my life was out of control. I had fought addiction for most of my career – in and out of treatment centers.  I had trouble accepting life as it was.

I had always believed in God; but rather than building a relationship with Him, I had just followed my own self-will.  I was in my late thirty’s when I finally hit bottom.  I surrendered my life to Jesus, then put my life on hold in order to get the help I needed.  I came to Raleigh in order check into a thirteen-month addiction recovery program called The Healing Transitions.  During this time, I worked through the twelve steps; and for the first time, I began to build a relationship with God. The day I graduated from this program I met a man named Lee Flach.  Lee is a follower of Jesus, and shares a similar journey as mine.  He had fought addiction for twenty years and was now several years out of recovery and running a successful growing landscaping company.  He offered me a chance to work for him while I continued my recovery.

Lee helped me move into a place called Sober Living House, where I could stay, continue my recovery, and begin working again.  I stayed there for twenty months while rebuilding my life and career.  Eventually, I moved out of the recovery house and purchased my own home and vehicle.  I am now a member of Journey Church, where I serve and participate in a small group. And… I am newly married!

Now, two years after meeting Lee, I am his supervisor and operations manager, entrusted to help run this growing business.  God brought him into my life when I needed a chance.

Today I have accepted the fact that the path I chose was the path I had to take in order to help the next man suffering. I am grateful to be a part of a company where we put God first, and offer a chance to others on their own recovery journey. 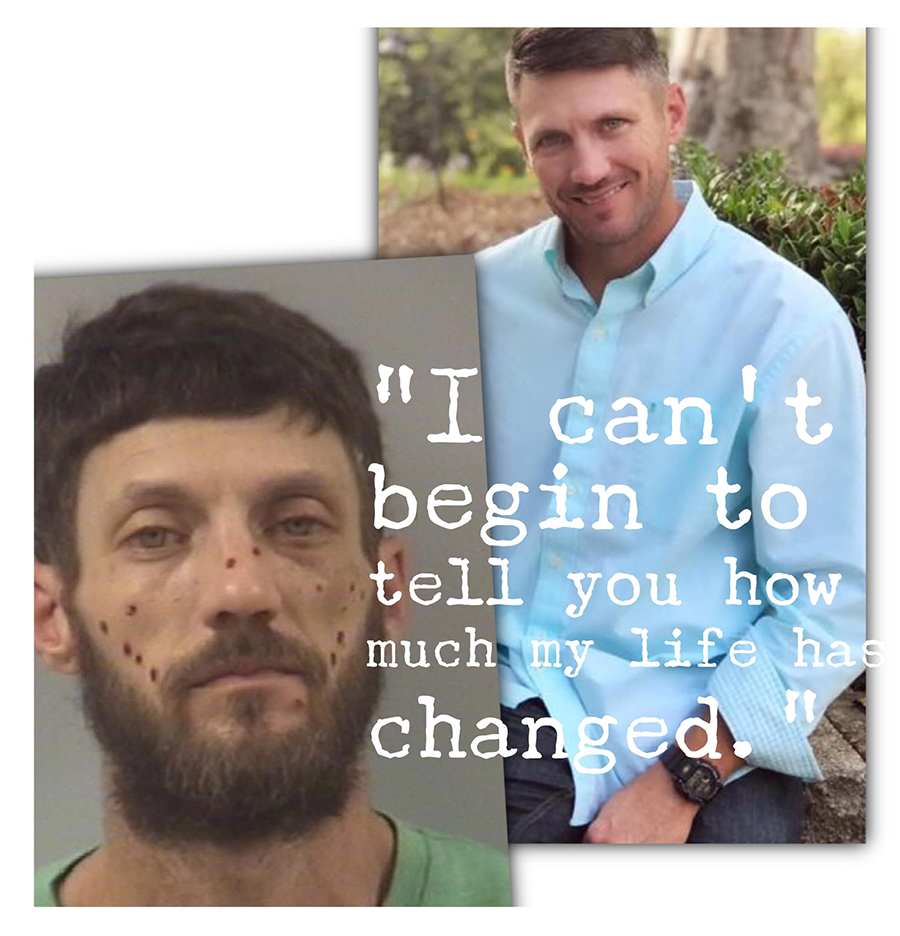 I grew up in a very supportive and loving household.  I loved baseball, loved my family and loved church, but I also loved the feeling of being accepted.  So by middle school I started hanging out with the wrong crowd because I started smoking cigarettes.  This then lead to marijuana and eventually to alcohol.

After graduating high school, I ended up at a small division 3 college and started my dream of playing college baseball.  Within a few short months, I was introduced to cocaine.  I went home for Christmas break and began using methamphetamines.  I quickly began to allow my pursuit of drugs to control my life.  I would manipulate any situation in order to get ahold of some drugs and party all night. My second semester of my freshman year was when I was first introduced to what would eventually lead to complete self-destruction, Opiates.  I spent the next several years chasing opioids of any kind eventually graduating to IV drug use.

In spite of my addiction, I was able to find great jobs within the construction industry.  I was able to advance in my career while hiding my struggles.  I even had moments of clarity and sobriety as I tried again and again to turn over a new leaf; but these moments were all short lived.  During one of these brief efforts at sobriety I met an amazing woman.  We fell in love, and in no time we found ourselves married and expecting our first child.  Sadly, right after my daughter’s first birthday, I had a full-blown relapse, and the addiction took over once again.

My life quickly spiraled completely out of control.  I lost my job, I began robbing drug dealers, I weighed 130 pounds, and I had drug related scabs all over my face.  I had even overdosed and been brought back to life by a fellow drug user. As crazy as that was, I would have to resuscitate that same person from his own overdose only 7 days later.  Insanity.

I was finally arrested.  I spent 9 days in solitary confinement, where I went through the excruciating process of withdrawal.  After solitary confinement, I was moved to a regular cell where I was handed some mail.  My wife had been sending me letters and verses from the Bible to read. I was amazed at the grace she was showing me during this difficult time, and saw God working through her. She encouraged me to seek out the Lord and to read the Scripture she was sending.  Soon afterward, she visited me along with my dad.  She brought me a Bible that my mother had recently purchased. It was called a Celebrate Recovery Bible, and was filled with helpful information related to my specific struggles.   I began to admit that I had a problem, and started to believe there was a solution.  I also began to realize that although I felt like I was seeking God for the first time, He was already there waiting on me to simply turn around and see Him.

Upon release from jail, I ended up at a faith-based treatment center where I also began attending a Celebrate Recovery program every week.  Eventually I was able to check out of the treatment center, but remained fully involved in the Celebrate Recovery program.  It was through Celebrate Recovery that I met a man named Lee Flach.  I had an instant connection with him because his struggle with addiction was very similar to mine.  Lee had surrendered his life to Jesus many years ago and was now running a successful landscaping company.  He offered me an opportunity to work for him.  It was life changing to know that someone believed in me and was offering me a chance to begin moving forward again.

I took his offer, and have never looked back.  I am now one of his supervisors, helping lead other men – some of whom have also struggled with addiction in the past.

I can’t begin to tell you how much my life has changed since I decided to ask Jesus to come into my life and wash me clean.  Together, my wife and I have seen God do miraculous things in our lives and family.  We are currently working together to begin a brand new Celebrate Recovery ministry in our town.   We both continually work through the steps and principles we have learned in this program, and we are excited to see where God leads us.